Bhagavad Gita As It Is – Tamil 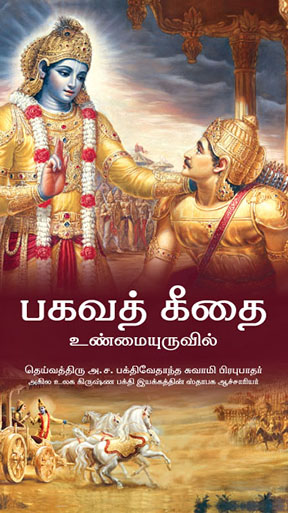 Bhagavad-Gītā As It Is is a translation and commentary of the Bhagavad Gita by A.C. Bhaktivedanta Swami Prabhupada, founder-acharya of the International Society for Krishna Consciousness (ISKCON). It is known amongst other translations of the Bhagavad Gita for emphasizing the path of bhakti yoga above all others, in line with the Gaudiya Vaishnava tradition of Caitanya Mahaprabhu. The book has been distributed primarily through promotion by the modern Hare Krishna movement. It was first published in 1968 by Macmillan Publishers, with an unabridged edition in 1972. A second edition (revised from the 1972 original) is now published by The Bhaktivedanta Book Trust and is available in nearly sixty languages

The Bhagavad-gita is highly recommended for anyone interested in spirituality and the meaning of life. One of the world’s best known literatures, it is often considered the essence of all wisdom. It’s a conversation between the military hero Arjuna and his friend/advisor/charioteer Krishna, spoken just before the apocalyptic Battle of Kurukshetra. Subjects they discuss include the eternality of the self, destiny, the source of our being, and how to achieve genuine, long-term peace and happiness.

The translation and commentary by His Divine Grace A.C. Bhaktivedanta Swami Prabhupada, the twentieth century’s foremost Vedic scholar and teacher of Krishna consciousness, make Krishna’s teachings in the Gita accessible to the western reader. Prabhupada’s faithfulness to the original Sanskrit text, along with his straightforwardness, clarity and wit, make “Bhagavad-gita As It Is” true to its title.

Since its publication in 1970, Bhagavad-gita As It Is has become the most widely read edition of the Gita in the world.

There are no reviews yet

Be the first to review “Bhagavad Gita As It Is – Tamil” 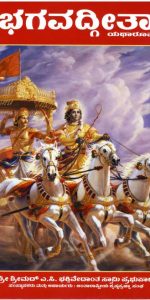 Bhagavad Gita As It Is – Kannada 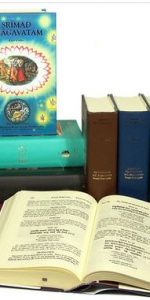 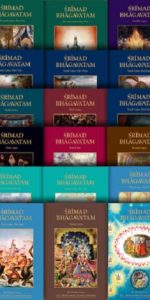 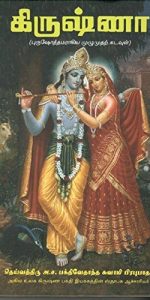